Established in 1996, Rocky's Barbershop became the first barbershop to open in a mall in Davao. Over the years, it has developed to become one of Davao's leading barbershops. Recently, it expanded its business and launched an exclusive line of fragrances for men. 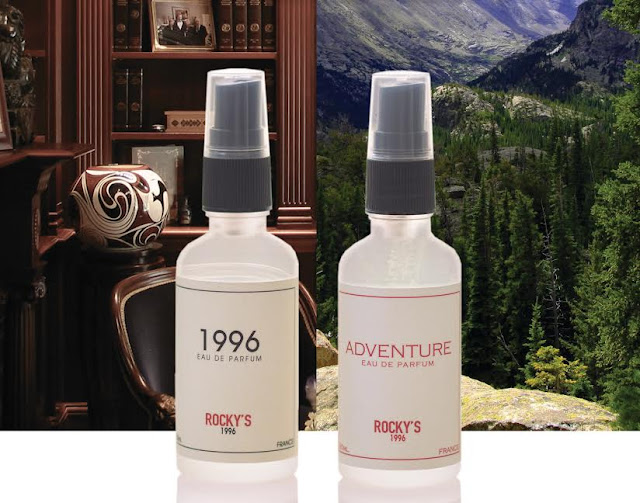 “It’s about the finer side of Rocky’s,” said Kay Gempesaw, the marketing coordinator of Rocky’s Barbershop, “The initial product introduced are the Rocky’s signature fragrances.”

“We thought of developing a fragrance line for Rocky’s Barbershop because we wanted to offer a more holistic grooming experience to our customers. We wanted them to look good, feel good and smell good,” shared Kay.

Rocky’s services have grown to include hair spa treatments and color styling on barbershop menu. The introduction of the exclusive fragrances will bridge the aesthetics with the sensation of freshness seamlessly for a total Rocky’s experience.

“For the fragrance, we wanted a scent that embodies the “Rocky’s man,” someone who is confident in his masculinity, strong, fearless, open- minded and optimistic. Based on these characteristics, we developed two scents, 1996 and Adventure.”

“In addition, Rocky’s and Charabot are both family owned companies. As such,
Rocky’s decided that both families collaborate in the development of the exclusive line of fragrances.”

The signature fragrance is 1996, a name selected as a tribute to the year the first Rocky’s branch in Victoria Plaza Mall was opened.

Classic and traditional is what the 1996 perfume exudes. It is woody, aromatic and musky with lemon and lavender on the top notes, tarragon and thyme for the middle notes and patchouli and musk for the base notes.

“The 1996 will come in two variations—perfume and aftershave. The aftershave will be the in-house, after grooming splash of Rocky’s.”

Adventure is the second fragrance and targets the younger, daring and modern “Rocky’s Man.” It bears a light and fresh citrus, woody marine fragrance with lime and bergamot for top notes, cedar wood for middle notes and grey amber and musk for base notes.

“The scent of Adventure perfectly embodies the young, “ Rocky’s Man”. It is fresh and full of optimism.”

It comes in 50ml. bottles and will be sold at Php 350 only. Yes, it's that affordable because they source it directly from the supplier without a middleman. It's something you should try now. It smells good and it lasts long. It gets better especially when you smell the base notes. 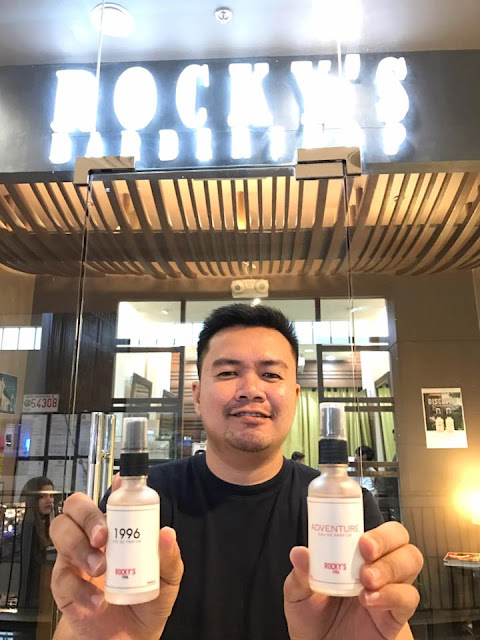